“I appreciate the opportunity to work for the people of Los Banos.” – Greg Wellman

During a five-minute long, Monday morning adjourned meeting from last Wednesday, on July 11, 2022, the Los Banos City Council on a 4-0 vote approved the employment agreement with Gregory Wellman as the interim city manager, temporarily replacing Josh Pinheiro who was fired on June 15 in a 3-2 vote. (See related articles here and here).

District 2 Councilman Refugio LLamas was not in attendance due to a scheduling conflict, according to City Clerk Lucy Mallonee who said she received an email about it from him. Llamas works for the County of Merced.

Unlike at last Wednesday night’s meeting, no members of the public spoke during nor were any written comments submitted for the Public Forum prior to the council voting on the agreement with Wellman.

According to City Attorney William Vaughan, Wellman can work “a maximum of 960 hours during the Fiscal Year 2022-23. That’s built into his agreement. As an annuitant he is paid by the hour as opposed to a salary, which is a Cal-PERS requirement. He will not be entitled to any other benefits other than out-of-pocket reimbursement-type expenses and he will be covered by the City’s employee worker’s comp.”

District 4 Councilwoman Lewis then moved approval of the resolution adopting the employment agreement and was seconded by Mayor Pro Tem Kenneth Lambert. It was approved on a 4-0 vote. (Read the resolution here.)

Although the resolution reads in part, “WHEREAS, in order to retain efficient and uninterrupted operation and management”, there was a 26-day interruption in management between the date Pinheiro was fired and Wellman started, with the mayor being given special approval by the council to sign city documents.

Also, according to the resolution, “the City has begun the process for selection of a recruiting firm to assist in the recruitment for a permanent appointment”.

Following the council’s vote, Mayor Tom Farias said, “Welcome on board, Mr. Wellman,” who was seated in the audience. He began working in his new position, today.

Get to Know Greg Wellman

When reached for comment and asked about his background and how he entered government service, Wellman said, “I graduated BYU early, because they didn’t have loans back then and I was married at 19. We came back to Merced and all I knew was picking peaches for Felice and Pirelli. I was throwing the 55-lb. lug boxes around.”

He had been a football player in school.

“My folks’ next-door neighbor, Don Peterson, the agriculture commissioner, suggested I use my degree and apply at the county,” Wellman continued. “I had Ted Smith, Hal Caldwell the planning director and then, Ken Williamson, the welfare commissioner came in. Back then when you had a degree it really meant something. I no way planned on going to work for the government.”

But that’s exactly what he did. 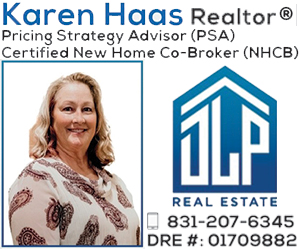