During the Los Banos City Council meeting Wednesday night, Dec. 7, 2022, in response to a request by District 4 Councilwoman Deborah Lewis, Police Captain Ray Reyna provided an update on the status of the Rail-Trail Homeless Encampment on Mercey Springs Road. He offered several options for improving security there including continued operation, closure or relocation. On a 4-1 vote the council chose to close the encampment, which will take two to three weeks to accomplish, and pursue other options such as Mayor Paul Llanez’s proposed shelter. (See related article)

The camp was opened in March of this year, Reyna shared. In September, council was presented with a list of city-owned properties for relocating it. Then, last month, the council approved two full-time staff positions to work with the homeless residents. During the night, there are 15 to 20 homeless adults at the camp.

“Before the enclosure we had 78 homeless adults,” he said. “We’ve been able to house…get employed several adults who were homeless.”

“We do cleanups. It requires a lot of time and staff. We are out there at least every week,” Reyna continued and then mentioned the 245 calls for service the police have received regarding the camp.

According to the staff report, the council could choose from several options including:

Option 1: Leave the encampment open and make security improvements which could include more portable restrooms, security lighting, adding a camera system monitored by police staff and placing a uniformed security guard on site each night to deter criminal/deviant behavior and report that activity to police. Costs are estimated at $40,000 one-time and $8,350 per month.

“At the current encampment there is no access to power,” Reyna stated.

Option 2: Close the encampment and relocate it to a new site from a list of City owned parcels. This option could take up to six months to implement, Reyna explained. He then reviewed the city-owned properties presented by Chief Gary Brizzee during the Sept. 21 council meeting, and said parcels 6 through 8 are the best options for relocating the encampment. 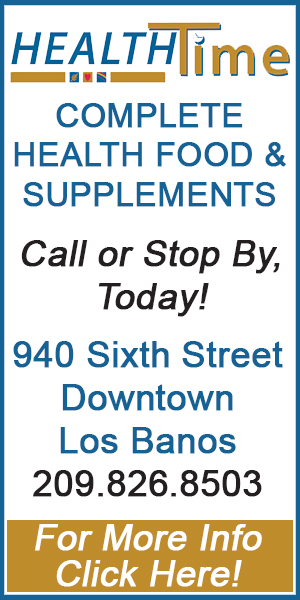 Option 3: Close the current Rail-Trail Encampment and absorb the current population of approximately 15-20 adults back into the community.

“What is our last known total of homeless people in the city?” Llanez asked.

“I think our last known total is about 120. That includes people who are in shelters…people on the street,” Reyna responded.

“Looking at this…Option 1 is quite expensive,” Lewis stated. “The security guard would cost us almost $100,000 per year” and the total “comes to $140,000. We don’t know how long the cameras will last before they’re destroyed. I don’t see that as a viable alternative. I would rather see us save it and buy a hotel.”

“We’re not going to get every homeless person off the street. That’s just a reality. I understand that,” she continued. “I don’t know why we’re allowing these senior citizens to feel unsafe.”

“My recommendation would be just to disband it and getting options for homeless people to live,” Lewis said. “The most viable option is to buy a motel.” She also mentioned bringing in metal containers and converting them to housing.

“I don’t want to sound heartless or cruel because that’s not how I’m looking at this. But I am considering the seniors…who don’t feel safe where they live,” Lewis added.

“The problem is I myself deal with this nightly…with my business. My business is located along the Rail-Trail,” Mayor Pro Tem Ken Lambert said. “They’re going to move up closer to the mobile home park, I can tell you.”

“The camera system is the cheapest way we can go…and it would be monitored by dispatch,” he continued. “They don’t want to come into town. We can bring them into town. But they’ll just migrate right back to the same location.”

“I support the containers…right now I’m for the camera system and the lighting,” Lambert stated. “I know these can be contained so they can’t be interfered with. If they do it will be caught on camera. For now, I’m for not shutting it down.”

District 3 Councilman Brett Jones spoke next saying, “we get a lot of mixed information out there. Earlier this year it was well managed. Middle of the year it started breaking down. Now, we have a minority in the encampment. I’m on board with not spending any money. Item 2 is relocating it. If we can’t manage it where it’s at, we can’t manage it anywhere. I just don’t see any point of going on with this. A hotel I don’t know if it’s the right answer. I think we may need to look at other options. A possible shelter, I know Mayor Llanez has a great idea.”

“I want to be very clear in my position on this,” Llanez stated. “Rather than move the problem…we need to face the problem. They’re human beings. We need to inspire them to be productive. The reality is our hands aren’t tied. We have to build a shelter and have enough beds to house the homeless population, then we can pass ordinances and enforce them.”

“Option 3 is the only viable option,” he continued. “We close the current encampment as soon as possible and absorb them back into the community then work with staff on a shelter.”

“If I camp out on 152, I probably can’t do that because of safety. So, where can we get creative,” Jones said. “Tearing that down and saying they’re no longer going to be there. Are we going to build a fence around there to keep them from camping there?”

“Not all of them get along with each other. Some of them don’t want to be in the encampment. Some want to be downtown. Some are concerned for their safety.

“If you chop down that current fence they could be right back there,” Jones said. “How would you plan on managing keeping them out?”

“The issue is without a shelter and change the municipal code we can’t enforce anything,” Llanez explained.

Lewis then mentioned a shelter in Santa Barbara that had guidelines and “if you didn’t abide by the guidelines, you couldn’t stay there.”

“We want to throw good money away, that’s how I see it. I’m agreeing with the mayor. We’ve got to come up with something better,” she continued. “Under state law in California there’s just not a lot of mental health anymore. Now, it’s on our shoulders to find an alternative.”

“Our staff said the possibility of purchasing a motel would be the most viable way,” Lewis stated. “Try to get money together as quickly as possible and get shelter prepared for these people. Staff says the hotel would be the least costly way to get there, quickly. I just don’t see spending this money, one time, when it can get us to a hotel, quicker. Yes, they can sleep on any public property. Now, we need to look at moving past where we are, now to house homeless people as that’s the mandate the state has put on every city.”

“We’ve applied for grant funding,” Reyna stated. “These are just things going on in the background. They take time. They take money. It’s competitive. Unfortunately, it’s very difficult to get some of this funding. But we are working towards it.”

“We’ve said in the past we need some kind of shelter. How long will that last? What are we going to do in the meanwhile?” Lambert asked. “We’re going to grant write every year. We need to get to something, now. Merced is about to open the containers over there. I’m interested in seeing how that works.”

“The runways on these projects from best case is about 12 months, worst case is about two years,” said Interim Finance Director Brent Kuhn. He said staff would return to the next council meeting or the one after that with detailed costs. “We’re going to explain everything. We have to identify what we’re going to do to apply for the grant.”

“Are we going to have to work on mental health with the county?” Lambert asked.

“There’s going to be sunk costs and ongoing costs,” Kuhn responded. “Here’s the cost of land…or renovation. Here’s what’s going to cost the city to manage or third party. I think it will become clear in the next month which direction we need to take. It’s going to take some time. It’s going to take a concerted effort. A year to 18 months is really grinding hard.”

“Yet, we’re still going to have to come up with something, now to take a little pressure off,” Lambert stated. “Right now, we have to figure out what we’re going to do. It might be short term. Shutting down the encampment out there, I feel will create more problems.”

Interim City Manager Greg Wellman then said, “It is a matter of being relentless. The homeless population is never going to go away. So, it’s a matter of meeting human needs. What are they? Studies at the state level have identified three conditions. Substance addiction…mental illness…and developmental disability.”

“I think the numbers I see are declining as a result of actions your council and staff have brought to bear, here,” he continued. “You have two new positions. The council needs to approve the job descriptions and we need to get out for recruitment.”

He expected staff to return by the first meeting in January with more details on the shelter, other options and grants.

“Are we asking staff to just keep doing what they’re doing and just let it be?” Jones asked.

“We’re not going to eat this elephant tonight. We need to eat one bite at a time,” Llanez said. “I dealt with the homeless in Oakland. I’m encouraged at the opportunities we have. I’m not afraid to hear a year to 18 months…as long as it’s done properly and fairly.”

Lewis then moved approval of Option 3, disbanding the encampment. Llanez seconded it.

“Does that include tearing down the fence there and if they return you can have an eviction?” Jones asked.

“Option 3 would be completely closing the camp…mediate the land…clean up. It would take two to three weeks,” Reyna responded.

New District 2 Councilman Douglas Begonia, Jr. weighed in on the matter saying, “I live close by there. We’re going to level it and they’ll be back. I hope they won’t be along the fence. I hope it works out, but I do see them coming right back.”

The motion then passed on a 4-1 vote with Lambert voting against.